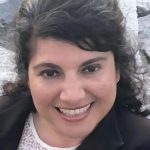 As a coach who works primarily with Emotional Freedom Techniques (EFT), I’m accustomed to seeing clients have ‘aha moments’. EFT is a process that creates lots of epiphanies because people get past patterned/ stuck emotions and start looking at things objectively. These ahas can show up as sudden realization, so that you change the way you look at your problem and it no longer bothers you. A different aha is suddenly choosing to let go of your pain, and not even needing to know ‘why’ anymore.

I recently had the privilege of watching my own romantic partner experience the latter kind of aha. He let go of his pain and his need to understand why. He had been married 25 years and was confused about what had led to his divorce. He had carried ‘not knowing why’ stress about his marriage’s breakdown for over 2 years. I’d hear it in the way he talked about the divorce, but when I asked about if he had unresolved feelings, he’d never see it himself.  Things changed for him when he started using EFT to work on lingering issues. He had an experience where he felt all that he’d suppressed instantaneously leave his body.

His was an intensely visual experience, and the way he experienced this is particular to him. I’ve seen release happen uniquely for each of my clients.  What is common with EFT is that there are occasional times where one experiences sudden shifts, and that those shifts lead to enduring better feelings.  It’s what I love most about EFT: improvements are lasting

Here is an account of my partner’s journey to release the pain of his recent divorce in his own words:

I saw myself as just another divorce statistic. I’d never imagined it could happen to me. I come from a religious family where divorce was simply not an option. My dad was a preacher. In my family you made your marriage as good as you could and you stuck it out.

Here I was: another man who couldn’t figure out what happened or why his relationship gradually deteriorated to the point of no return. I had been in what I thought was relatively happy marriage, contentedly partnered for more than two decades.  With no discussions, my ex told me it was over.

After she broke off with me, I was overwhelmed, stressed, and my mind was numb. I sat in my living room for months, and buried myself in work.  All the while, part of me was trying to put words to what I was feeling, trying to figure out what happened, and why. I got in touch with some basic feelings (generalized sadness and grief and loss), and I thought that these feelings were normal and that they would dissipate with time.  Something about the divorce dogged me. I couldn’t put a finger on it. I just felt unsettled. Every time I thought about the divorce, I looped on examining all the mechanics of the breakdown, particularly the gradual loss of companionship and friendship that occurred.

I understood that I wanted to release the pain I was feeling, and hoped that I could do it by biding my time.  This was not what transpired.  Sure, I moved on.  I was even happy again.  Yet, my heart hung onto hurt feelings about my breakup that I just wouldn’t shake. Old wounds lingered and left me getting more and more perplexed about trying to figure out what I was feeling and how to free myself.  In reality, I see now that I had been caught by surprise, and as a consequence I was numb and emotionally dysregulated.  These were not feeling states I could wait out and expect to dissipate. I needed a solution to process my grief.

I had the good fortune to discover EFT through my new romantic partner, Farah.

I was already familiar with acupuncture and acupressure, which I held it in high regard. So the idea of tapping on acupressure points like we do in EFT made sense.  I grew more and more attracted to how valuable EFT is as a stress relief tool.  I loved it so much that I took the practitioner-level EFT course, twice.  Yet I didn’t really consider that I could apply it to manage the emotional dysregulation that happened during my separation and subsequent divorce.  In truth, I didn’t realize how many feelings I had tucked away inside that were still raw.  I proudly proclaimed to friends, “I’m fine” or “Things will get better on their own”.   I was not fine, and while certain things were getting better, I was avoiding looking at problems that needed attention.

Having tucked away emotions meant that I couldn’t see stressors and negative emotions that were lingering. Moreover, as life gradually improved, I thought about my pain a bit less and less. Still, the failed marriage crossed my mind every day.  I would think deeply about what had happened, how much it damaged me, how confused I was about why it happened. In retrospect, I can see how this rumination was a sign that I still had something to work through. I knew I was hanging onto something but I didn’t know what it was.

Farah is a relationship coach, and encouraged me to think about using EFT around things that happened with my divorce and see if anything came up. I started a self-practice. I tapped on general themes: “The divorce” “This feeling of unease” “This sadness” etc. I did many rounds of vague tapping on these broad topics. I knew I wasn’t working on the core of the issue that plagued me.  Still, it was a good place to start and I felt like I was gradually peeling the onion, getting to the heart of the matter.

Progress was slow on my own. Eventually, I started tapping with a skilled practitioner, to take what I’d started by myself and go deeper. We explored stresses that stemmed from my relationship with my parents, and stress I felt about my how my now-adult child was taking the news of the divorce. We worked on specific issues that I’d experienced pre- and post-divorce.  Doing this led back to my childhood. My dad, the narcissist, sucked up all the emotions in the house, leaving the rest of us feeling void of feelings. As a result, even as an adult, I struggled to identify and process my feelings. But my EFT work gently peeled back layers of issues, and helped me identify core emotions, beliefs and values.

One day, I experienced an epiphany. We were returning to stuff we’d worked on before, the guilt and shame I felt about getting a divorce. The confusion. I didn’t think we were working on anything too significant; it felt pretty normal.

All of the sudden, Wham! I felt my grief, sadness, guilt, and shame literally fly away. It shocked me. I was holding on to these big feelings to protect myself from the unknown on the other side.

Mine was an intensely visual experience where my healing took the form of a giant bird, an eagle or hawk, that carried away my physical and emotional pain, and made the other side seem less scary. I’d been having a physical manifestation of a stabbing sensation in my left shoulder that accompanied feelings of intense sadness and confusion about the divorce. The pain that I felt in my shoulder, to me, represented an embodiment of the emotions I felt. It felt like the bird literally ripped the emotions (and the pain) out of my shoulder, and carried them away. It was such a relief.  Still, I held on.

It felt like I was holding onto a kite string as the bird carried my pain away. I didn’t want to let those emotions and pain go. These feelings were all I had. I was afraid of what lay beyond. My subconscious told me there was a fearful abyss on the other side. Through skilled tapping with a professional, eventually, I did let go. In reality there was freedom on the other side. I literally saw my stress and pain disappear into the sky, carried away in the talons of a giant bird. On the other side I found freedom to experience love and joy again. With this intense visual experience, I felt a huge emotional release. I cried and cried. But I felt safely led through the catharsis with the support of my practitioner.

I immediately felt a gigantic weight lifted off my back. The world felt like opportunity.

Its been a few months now.  That stress and negative emotion hasn’t come back. I feel so much lighter. I have a new skip to my step.

In reflection, I see that I had been confronting feelings about divorce quite frequently. But I had no idea how to acknowledge and move them to find my way to the other side.  When I did eventually expose those feelings (thanks to EFT), I was surprised how strongly I held onto them. I couldn’t, or wouldn’t, or didn’t want to let them go, even though there was joy waiting for me on the other side.

The care and attention of a skilled practitioner sure made it feel easier to take these brave steps. Before EFT I had no idea how to even access those feelings, much less process them in a safe and secure fashion.

← REDUCE STRESS IN 20 MINUTES WITH MINIMAL INVESTMENT AVOID THE MISTAKE MOST PEOPLE MAKE AS A BEGINNER AT EFT (I made this mistake too!) →

Get tools and resources to take action and stop the cycle of arguing. Learn the brain science for why conventional approaches are hard to do. You’ll receive on-going support to help keep your love life on track with my newsletter.

You have Successfully Subscribed!